Well, this is it. It’s taken a few posts (and even longer for me to write up about it!), but what started off as something to keep me amused and occupied in the year I turned 40, I ended up doing much more than the requisite 40 and I’ve only written about those I have fairly decent pictures of. I’ve managed to travel a fair bit in my 40th year – 3 trips to Copenhagen, 1 trip to Whitstable and Seasalter, a trip to Lyon, numerous trips to London, an Alaskan Cruise, a trip to Washington State, a trip to San Francisco and also San Jose, a few trips to Manchester.. The list went on. However, there was a notable omission – I hadn’t done anything in my home town of Birmingham.

I’d spent quite some time wandering what I could do for my 40 list for Birmingham; There was one occasion I went to have a few drinks (and food) at the Two Towers Brewery which much to my amusement, really was a piss up in a brewery. However, I completely forgot to take any pictures so given I don’t have any pictorial evidence of said piss up in a brewery, I couldn’t really post about it. Then I wondered what other food specialties I could try from Birmingham – I had already come close with proper Black Country Butcher’s home made faggots, but the likes of HP Sauce, Bird’s Custard and even Typhoo Tea even though they all originated from Birmingham and you can still see remnants of the old Bird’s Custard Factory and HP Factory today, they are no longer produced in Birmingham which deemed them ineligible. I liked the idea of a pint of Mild with some pork scratchings and I know I have done both, but it didn’t feel right for my 40 list – Even though it’s probably the one closest to my heart. 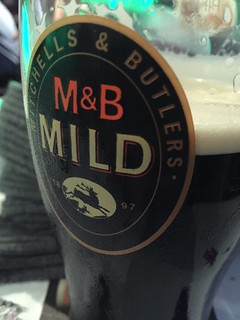 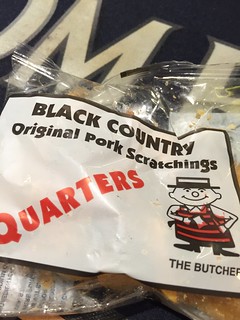 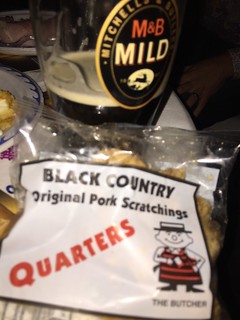 It was all coming down to one, inevitable choice really – The Balti. There’s a lot of snobbery when it comes to Baltis and let’s face it, it’s not exactly the most glamorous thing on the list, is it? I mean, this is my hometown – And the best I could come up with is a Balti? Never mind the fact that it’s not exactly a new thing for me to try. That said (and in the face of no real alternative), I slowly came round to the idea and eventually decided that I would go for a Balti in one of the original Balti restaurants in the Balti Triangle [40] (That’s a lot of “Balti”‘s there) on New Year’s Eve – What better way to see out the year in which I turned 40 than doing the final item on the list?

The choice of restaurant was quite important too – Looking at the Balti Birmingham site, it gives you a shortlist of “Authentic Balti” restaurants and a bit of research here and there led me to choose Al-Frash as my restaurant of choice. I’m not sure exactly how and why I chose that restaurant, but I was happy to be going there anyway.

Looking at the menu, I noticed they offered what they termed “world’s first sweet potato pakora” Well, I *had* to go for one of those. Similarly, I avoided ordering my usual curry and went for one of the House Specials when this caught my eye:

Yep, SOLD! I’ll have that with rice and sadly, they didn’t offer a Family nan – One where it’s pretty much the size of the table – so I got a large nan to share with my fellow diners P and M whom joined me in this celebration. 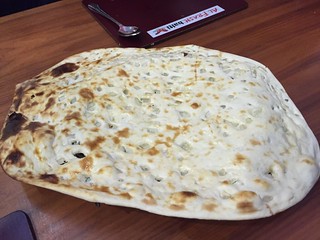 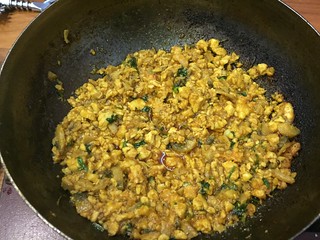 To be perfectly honest, the food itself was fine – It wasn’t anything standout, but I had a great time with 2 great friends to mark the end of the year I turned 40 and with that, the end of my 40 Project. I was really happy to end it on such a high note, eating nice food and with great company.

And that’s been the recurring theme throughout the whole year; Not only did I have great fun thinking of and doing this project, I got to do it accompanied with/surrounded by people I know and love. As previously mentioned in another post, I’ve been really fortunate in that I got to travel even more than usual but the whole spirit of which the project was taken – To mark the year when I turned 40 – Was done so in a celebratory fashion and I loved every single part of it. In contrast, this year (where I turned 41) seems dull in comparison and who knows – Perhaps I’ll think of something similar for my next significant Birthday. But for now, I know that I hit my 40s eating and drinking some fantastic food, surrounded by my brilliant family and fabulous friends – For which I am very grateful for. 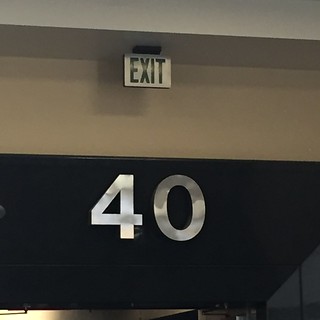