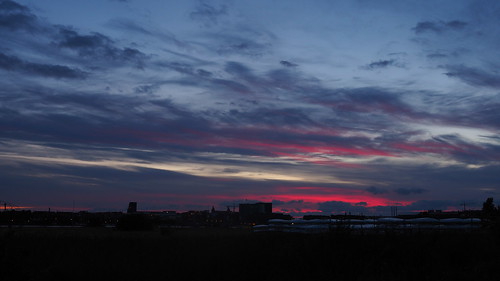 This weekend promises something quite rare for myself – I will not only be able to spend the whole weekend waking up in my own bed, but I don’t have anything planned for the first time in ages. Yes, I’ve deliberately turned down some things to make it so, but it was from looking at my diary that I came to the realisation that since Mid-June, I’ve only had 3 weekends where I didn’t have something planned or more specifically, meant I had to go away. Yes, I know this is very much a First World Problem, but I was thinking that being so busy should also mean that there *must* be something I could post about, right?

In the space of 3 months, a lot has happened – I had a bit of a scare regarding a lump discovered in one breast which turned out to have been lumps (plural) and affecting both breasts (!!). After a tense few weeks of being prodded and poked for investigation and seeing sights which no woman should ever see, I am relieved to say that I’m OK and have been discharged from the hospital. Being discharged meant that I could commit to a change in job roles and start on a 2 year project which will hopefully result in even bigger and better things for me. Obviously during those weeks, I couldn’t really consider if I had a future, let alone what I should/want to be doing in it, but once I knew it was OK to do so, I started planning my future with a new invigorated sense of trying to achieve more. 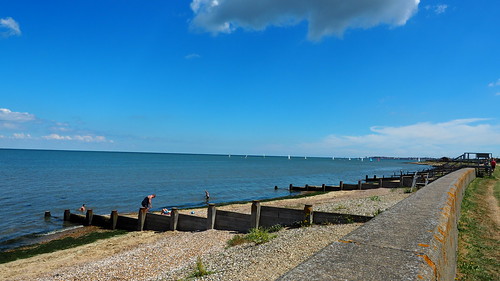 There have been trips to Copenhagen – Two in fact, but the second one was very much a last-minute thing and I’ll write about that in another post. The first trip included a meal at the always-brilliant Relæ, loving Mirabelle so much that we went back the following day for (what turned out to be) the same dishes – Which we didn’t mind one bit, a great experience at Ante (RIP) and most of all, a trip to The Amazing Pig Out at Amass (oh, and going there for Amass Fried Chicken in the garden of Amass the day before). Again, more about this another time… 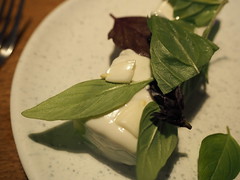 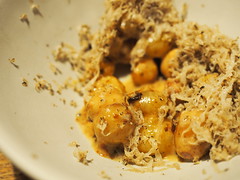 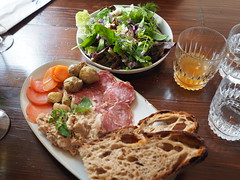 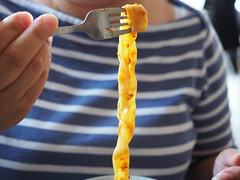 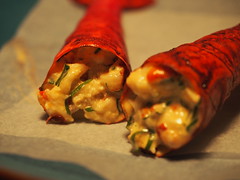 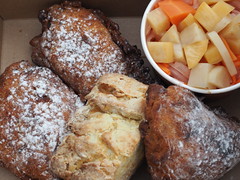 A fair amount of beer was consumed – Not only from a trip to the magnificent Birmingham Beer Bash which has established itself as a firm annual favourite in my calendar, but with the opening and discovery of some new tap rooms and bars, especially the (IMO) very brilliant Clink Beer in the Custard Factory. What impresses me the most about Clink Beer is that it was borne out of the desire to have somewhere reasonably central (especially in the Digbeth area) where you can get some really decent and interesting craft beers without having to pay inflated prices as you may for something in the City Centre or travel across the other side of the City (If like me, you don’t live that side of Brum). I’m very biased in that the location of Clink Beer is on my bus route home, therefore making it VERY easy for me to go for a few drinks and still be able to stagger to the bus home, but I genuinely love this place and hope they do really well (I know I will do my bit). 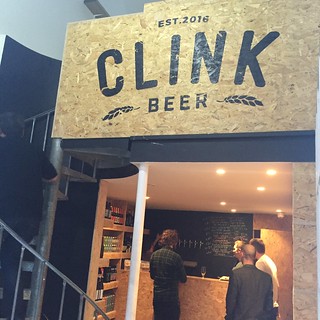 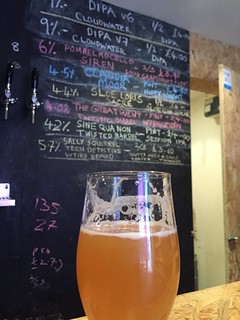 Founders released their KBS 2016 and expectations were almost impossibly high given how KBS 2015 was one of my favourite beers EVER. Yet Founders managed to pull it out of the bag again – KBS 2016 was somehow even better than 2015 with deeper coffee and vanilla notes. The bar was already set sky-high, but it could well be stratospheric for KBS 2017. Other highlights included being able to finally try Founders’ Mango Magnifico (at the Birmingham Beer Bash), and it was delicious – Even with the poke at the end! Another beer highlight was the latest BQE offering from the always reliably brilliant Brooklyn Brewery which could well be my favourite EVER. Named The Discreet Charm of the Framboise, it’s based on their very delicious Bel-Air Sour beer (which I got to gorge on during the London Beer Mansion earlier in the year), aged in Woodford Reserve Bourbon barrels with a whole load of raspberries chucked in – All elements which individually I love so it was bound to be a winner in my books when you combined them all (and it’s every bit as delicious as I thought/hoped it would be). 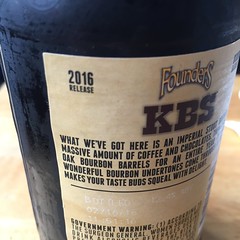 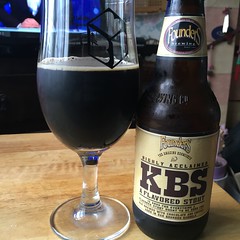 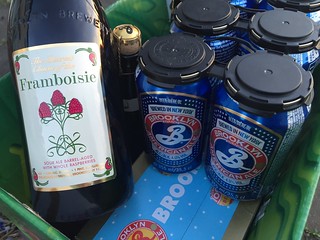 Food-wise, there were some highly enjoyable visits to Aulis at at Claridges and The Sportsman and I also got the chance to sample the talents and deliciousness from Alex Nietosvuori during his stint at Carousel before he moved on to Santiago, Chile on his next food adventures. Whatever Alex does next, I’m sure he’ll be a great success and I greatly look forward to tasting his food again. There was also a whirlwind visit to Silo in Brighton, but that visit is very much worthy of its own post. 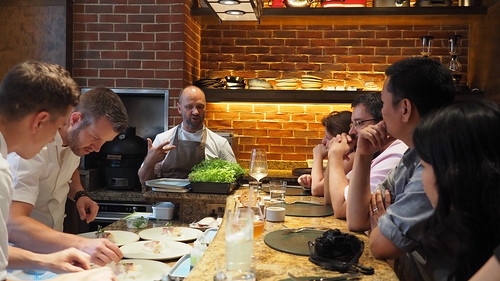 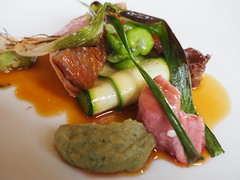 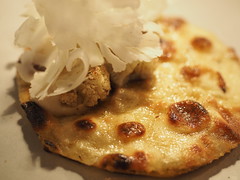 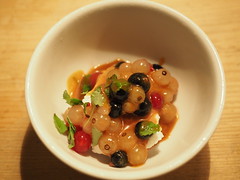 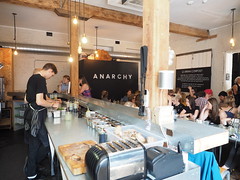 From my own part, there was a rediscovery of my own love of cooking when I got to cook for a load of friends (and family) in M & B’s new kitchen (photos) which also meant I not only got to play with, but covet various bits of kitchen equipment and design in their lovely home. There was (as you would expect in cooking meal for 14 people) a fair bit of work to be done, but M&B were such fantastic hosts and so generous in letting me wreck and mess up their sumptuous kitchen (I mean, they actually made us breakfast pastries and personalised fortune cookies). But there was a moment at the beginning of the meal when the entire table were drinking their soup (pork fillet, mustard greens and salted duck eggs) and other than the odd guttural murmur, the only sound you could hear was of everyone happily slurping their soup. I was busy preparing the duck at the time to take a picture or video at the time, but I paused to take in that moment and a massive smile appeared on my face. So whilst I got a lot of thank you’s for cooking the small feast, I have to say a massive THANK YOU to M & B for not only letting me play in their kitchen, but also to everyone else that came along that day for helping me to rediscover the joy I get from not only cooking, but seeing people enjoying the food I’ve cooked. 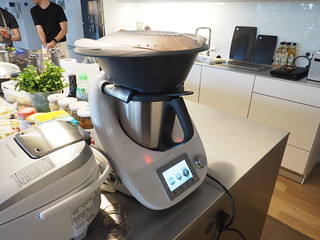 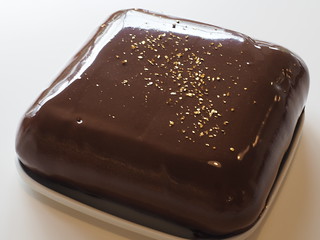 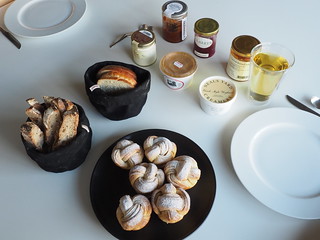 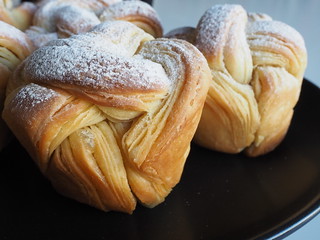 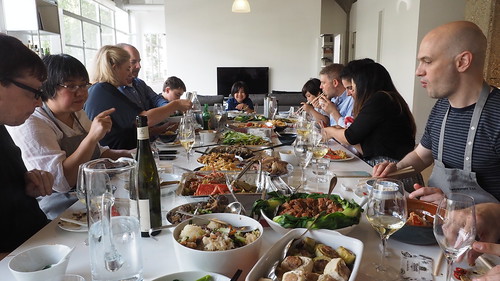 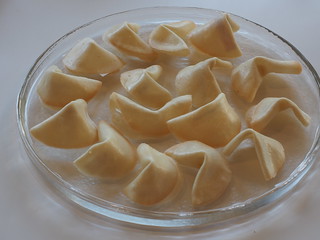 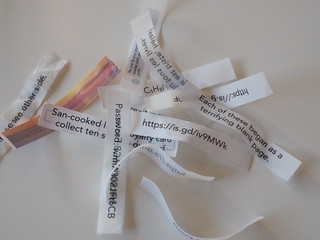 There has been a lot of reflection over the summer – My health scare at the beginning of the summer made me a lot more contemplative than usual, but the Olympics also made me think of the last Olympics in London – And how I can finally look back at that time more objectively. I mean, I remember posting about the Olympics on here and how I kept bursting into tears – During the National Anthem, whenever some athlete was crying.. I can look back on it all now and realise that at that time 4 years ago, I was deep in the throes of grief, but it hasn’t diminished my appetite for watching the Olympics. I mean, after being able to gorge myself in sport around the clock, I felt a bit bereft when the Olympics ended. (Although, as a side note, YAY for the Paralympics coverage!).

However, the main event was for me, the wedding of M & G. It may have been towards the end of the summer and in the middle of a *really* hectic few weeks, but more than anything, it reinforced how close my family all are – And how fortunate I am to have such a loving and utterly brilliant family. Whilst there were no tears from watching the Olympics, there was much laughter, some tears and some moments of tension between and from each of us at some point over the weekend. Naturally, all of us at some point turned our thoughts to our late parents and how they would have both *loved* to have been there. However, I know that I’m not alone in thinking that seeing the beaming smiles and howls of laughter across everyone’s faces – Along with the very evident joy and happiness on M and G’s faces as they got married – made us all feel fortunate to be able to share and join in these new happy memories for all. And whilst it’s a very old cliché, we all know that our parents were with us in spirit. 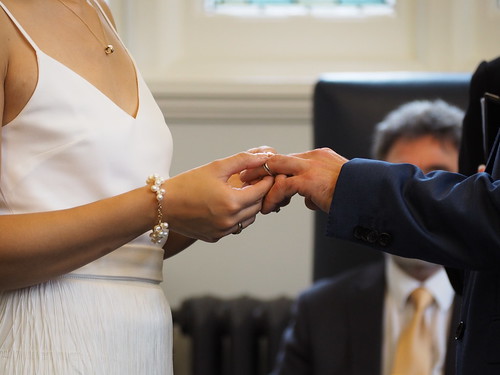 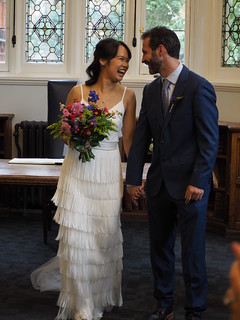 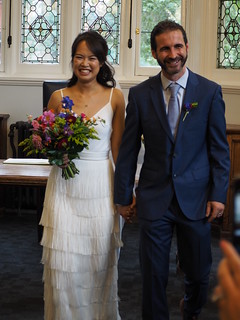 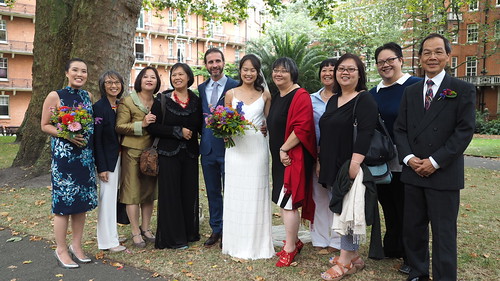 So what now? I’ve already mentioned how I should (need) post about a few places, but after such a hectic summer, I think it’s time to step back a little and take things slightly easier – Not only will my body thank me for it, my bank balance will too! After all, I need to save up for bigger adventures 😉